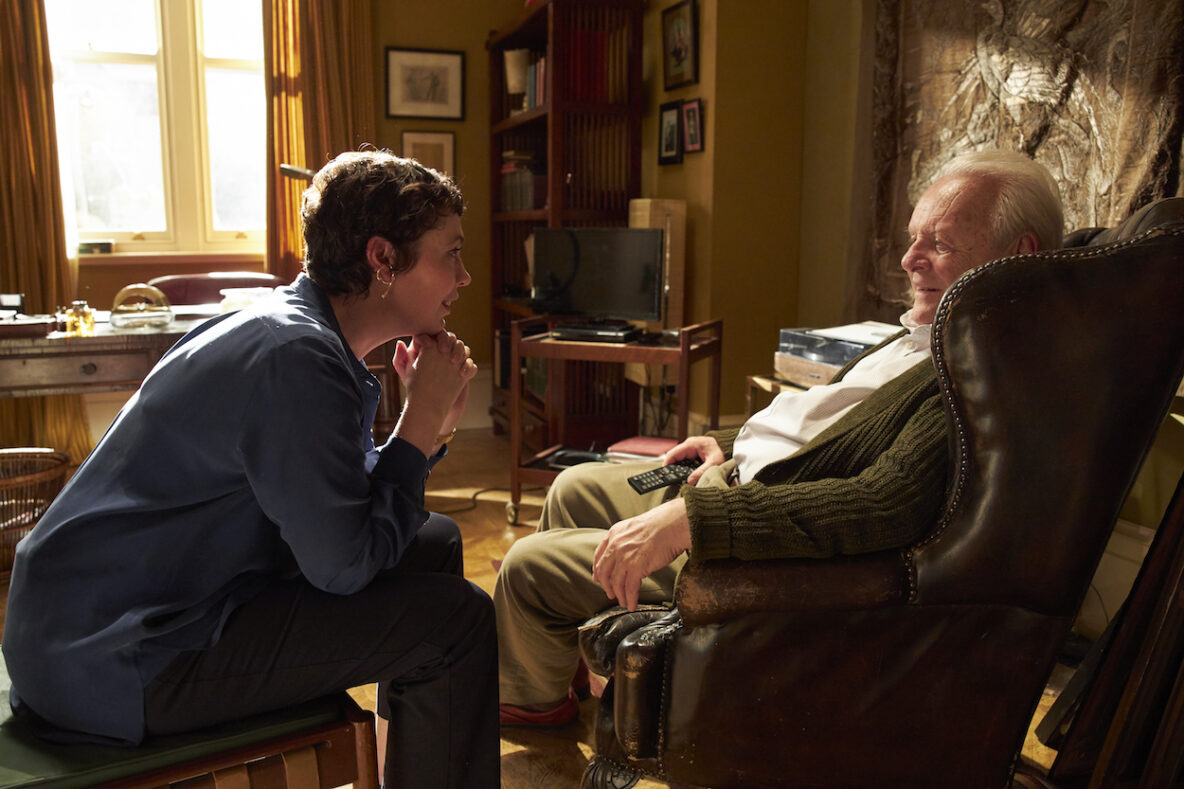 If I’m honest, I watched ‘The Father’ with some trepidation.  Would it sympathetically portray the experience of dementia? Would it be true to the stories I have witnessed in supporting families? Or would it oversimplify and dramatise just to make a good story?

Yes, it was a difficult watch, but I found the film did take me on a journey through the unpredictable and at times distressing experiences of a family affected by dementia. The portrayal was sensitive and the characters believable. The father’s experience of dementia is characterised by episodes of frustration and bewilderment, alongside moments of clarity which are often tinged with sadness.  The impact of the father’s dementia on his daughter is also recognisable and realistic. It conveys real feelings of fear, loss, and distress that many family carers will recognise as someone they know and love changes. This is something I hear on a regular basis and although everyone’s story is unique, these feelings are shared by many.

Anthony Hopkins brilliantly plays the main character of the Father. Also called Anthony in the film, he is a gentleman with dementia who is supported by his daughter and various carers she recruits to care for him. Here is an eloquent man with a long career as an engineer but now struggling to adjust to a changing reality. “What is to become of me?” he asks his daughter early on the film; a powerful illustration of the uncertainty he faces as a result of his condition.

In the course of the film, we witness his memory, insight and abilities begin to fail him. He struggles to recognise his environment and accusations are made about people stealing things when in reality they have been misplaced. In one scene Anthony accuses a care worker of stealing his watch. His daughter, Anne knows where he puts things to keep them safe. He finds the watch and looks accusingly at Anne. “How did you know that?”.  For me this small scene is very symbolic of the fear experienced by some people with dementia in relation to the loss of control of their independence and sense of time. He repeatedly asks about his other daughter, who we learn is no longer alive, which is another painful reminder of things forgotten. This film is full of loss, and yet this is subtly woven into the story in ways that are totally recognisable.

Olivia Colman’s portrayal of the daughter, Anne who is desperately trying to support her father is sensitive and real.  Her attempts to offer reassurance and encourage him to accept support, followed by frustration and sadness when things are rejected, is vividly portrayed. After moving him into her home, it becomes apparent this is becoming more difficult to manage.  The intermittent lack of recognition of where he is and who people are, including Anne’s partner also leads to strain and conflict.  Although the film switches between time frames and places which can be confusing at times, this perhaps aims to mimic the experience of people trying to make sense of a reality which can be difficult to perceive or predict.

The closing scenes reveal that Anthony has moved into care and we discover that his daughter has moved away.  Reflections on the past, holding onto the present and the need for security and belonging are represented through Anthony’s words, “I feel like I’m losing all my leaves – I want go home”.  The kindness and comfort offered by the careworker, offers some solace and is a moving reminder of the need for identity and recognition but also the loss and guilt felt by families.

While this is the story of one family, I think it will resonate with many. No film can capture the complexity of dementia but this story is recognisable in the emotions and dilemmas it portrays. We are left with Anthony’s grief and confusion, but also the commitment and love of his daughter. For this reason I am glad I watched it.

Although we are not made aware of the type of dementia experienced by Hopkins character, misidentification and fluctuations are common features of Lewy body dementia and the unpredictability this causes can be particularly distressing for families. It is essential that people have a better understanding of this little understood condition and this film may help raise much needed awareness about the impact of dementia as a whole.

The Father is on DVD, Blu-ray and digital download now and you can watch the trailer here. 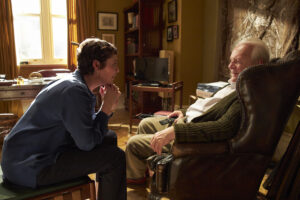 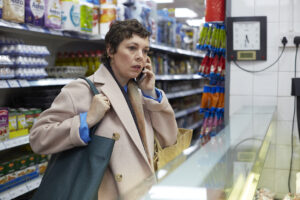