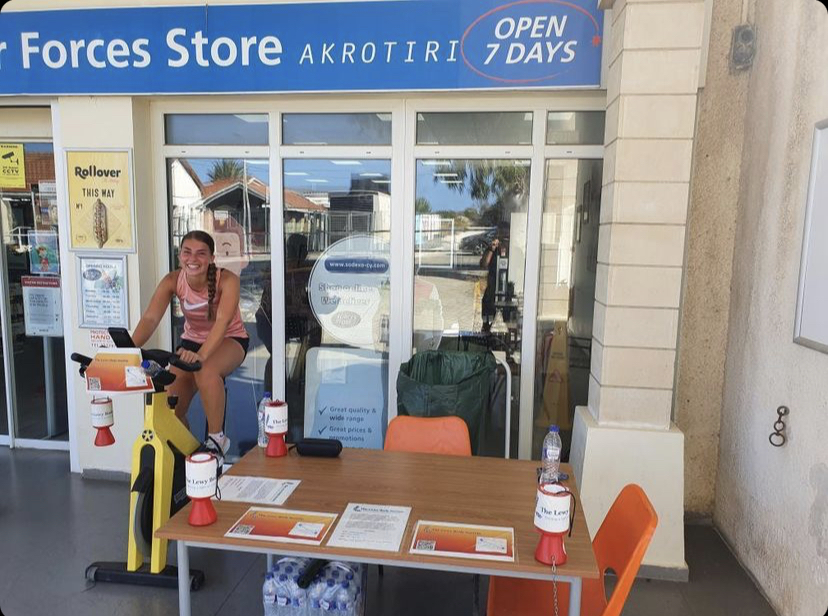 Earlier this year we were contacted by a member of the Team RLS at RAF Akrotiri in Cyprus.

They set themselves the challenge of running, walking and cycling the distance from RAF Brize Norton in Oxfordshire to RAF Akrotiri which is a total of 2,079 miles!

One of the team members has a close relative who has been recently diagnosed with Lewy body dementia, so their target was to raise £1000 for The Lewy Body Society.

Over June 2021 the team of 8 completed the challenge. They needed to average around 519 miles a week, a tough challenge in itself, but even more difficult in temperatures which average 30 degrees in Cyprus.

In early July the team reported that they had completed their challenge and raised £1,086, putting them in the top 10% of fundraisers on Justgiving.com.

Our thanks go to Katy, Kial and the rest of the team for this amazing achievement.   The money raised will help us fund research into Lewy body dementia, as well as raising awareness and supporting families affected by the disease.

If you have an idea for a challenge, please contact us and we can provide a free fundraising pack, including posters, leaflets and t-shirts. 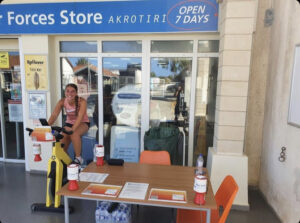 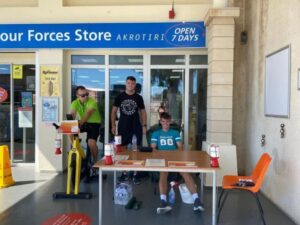 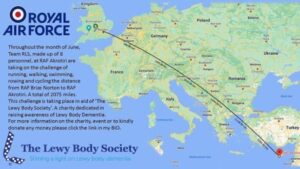