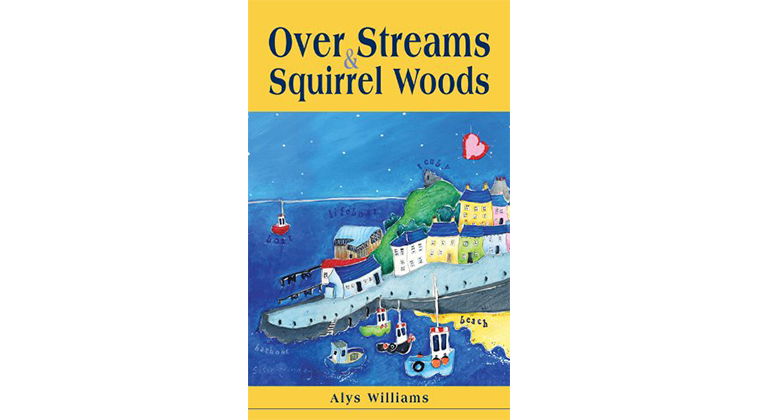 Jenny Thomas wanted to write about a person who has a disease which slowly destroys the ability to communicate or recognise anyone, causes the loss of bodily functions, forces dependency and dehumanises the sufferer – as Lewy body dementia did to her mother. So during the six years that they struggled with the disease, Jenny wrote a diary, which is now a published paperback – Over Streams and Squirrel Woods’ by Alys Williams £8.82 on Amazon or £4.58 as a Kindle e book. Jenny says that she would love to have has this book to read at the time, and hopethat it helps others. All profits will go to the Alzheimers Society.

More and more people are now being diagnosed with DLB – how does it feel if you know that it is happening to you?

“Some sufferers have said that it enriches awareness and acts as a prism through which life is viewed differently. I could see that fantasy and reality merged in my Mum’s mind and often wondered if she had an alternative world where her insecurities and fears manifested themselves as monsters and where she was powerful, resourceful and a leader, in contrast to her claustrophobic, trapped and deteriorating reality. Hopefully the human brain can still be creative and powerful even when it is damaged by plaques and tangles.

I have imagined her thoughts based on what she said to me and from what I observed and have described factually and honestly the journey we took together. Recording my experience of her illness, treatment and life in two nursing homes made me question what constitutes identity, self and the soul and be appalled by the way we treat our elderly, corralling and containing them and be shocked by our lack of effort to communicate with those with dementia.”

‘Over Streams and Squirrel Woods’ explores what can happen when reality becomes too painful, and the disconnection between people when they see and hear differently from one another. It is about boundless love, frustration, guilt and the inexorable inevitability of aging.

“This is a valuable addition to the dementia literature, rewriting our expectation of what those with dementia can think.” John Suchet.