We were recently contacted by Lex Veldhuis, a professional poker player based in the Netherlands. Lex had recently lost his father to Lewy body dementia and wanted to support a charity that raised awareness and funded research into the disease. Along with PokerStars, he organised a charity run on his online stream and gathered donations from supporters. In total, donations from individuals, PokerStars and Lex himself came to over $80,000, which is around £60,000. This will make a huge difference to our work and our research programme. 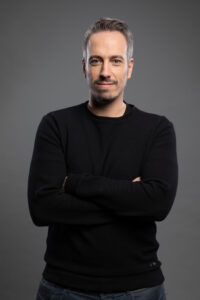 Here is Lex’s story in his own words:

My name is Lex Veldhuis, I’m 36 years old, residing in Vlissingen, Netherlands. I’ve been playing poker professionally for about 17 years now. The last 5 years I’ve been broadcasting (streaming) my sessions online. I stream about 40 hours a week. Alongside that I run community events for regular viewers, even resulting in a biannual live meet-up event where hundreds of people come meet each other and hang out. Streaming online is very gratifying as it adds a big social factor to sitting behind the computer. Every few months I do charity runs for things that are near to my heart. We’ve done runs for COVID-19 relief, Australian bushfires and will be doing one soon to support suicide prevention.

Nearest to my heart is fighting Lewy body dementia. My dad passed away last August due to this horrible disease. While talking to people I’ve noticed that most people put different kinds of alzheimer or dementia under the same umbrella. Unfortunately through my personal experience I have learned that this is not the case. Every form of Alzheimer has its own symptoms and effects on people. Lewy body dementia is such a vicious disease, that not many people know of. I was hoping through my charity run to not only raise money, but also awareness.

In November, in cooperation with PokerStars, I planned to do a charity run on my stream. We researched charities that were specifically fighting LBD, and came upon the Lewy Body Society. We were really interested in and supportive of the work you do. During the charity run, people could donate money and I would keep a grand total to be donated later. I pitched in myself too and added everything I would make with my stream to your wonderful charity. On top of this, PokerStars organized a charity tournament and would forward all proceeds to charity.

Everything together resulted in an $82.500 donation, of which I couldn’t be more proud. I’m so happy people came together and donated so much. Not only did we smash the money goal (I put the original goal at $5000), we also had some good feedback on the awareness part. I’ve received dozens of messages from people who had a relative suffering from LBD, but had no idea the disease entailed everything it does. On top of that we’ve had dozens of people who were more actively trying to get their parents to a neurologist, because they’re showing symptoms of some neurological problems. Things like forgetfulness, not handling technology as well as they used to, or just having issues with sight and seeing depth/detail. All we have is time, and time is so valuable. I wish we found out what my dad was suffering from earlier, so that we could have had some more years together. I hope through this, other people will have the fortune of having just that. 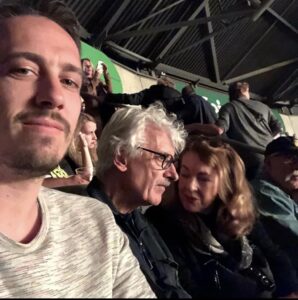 Lex and his Dad