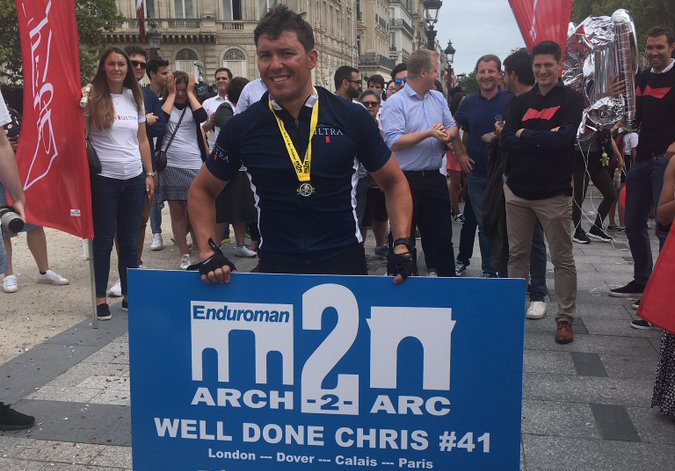 We are thrilled to share the news that Chris Leek completed the Enduroman Arch 2 Arc Triathlon last weekend and achieved a world record in the non-wetsuit category by finishing in just 69 hours.  In this time he ran 87 miles from Marble Arch in London to Dover, swam 21 miles across the English Channel, then cycled 181 miles from Calais to Paris.  This is an incredible achievement and we are so proud to be one of Chris’s chosen charities, along with Parkinsons UK and the Saxon Day Centre in Orpington.

The three charities all mean a lot to Chris and his family, since his dad Dennis was diagnosed with Parkinson’s Disease, and then Lewy body dementia. Chris has juggled his extensive training with helping to care for his dad, along with his mum Linda ,and his two sisters.  He’s also been supported by his wife Charlotte and a huge group of supporters, including colleagues from Michelob Ultra, after working for Budweiser Brewing Group for 10 years.

Chris set a fundraising target of £1m and his team are now focusing on raising awareness and gathering donations, and have been helped in their efforts with articles in The Times, The Metro, the Evening Standard and the Bromley Times. Chris has also been interviewed on Sky News, BBC Radio Kent and London Live, and his Virgin Money fundraising page (which you can find here) was shared by Richard Branson and his 12 million Twitter followers.

Thank you Chris, and well done from everyone at the Lewy Body Society! 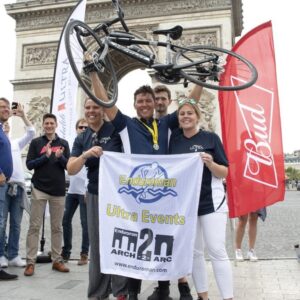 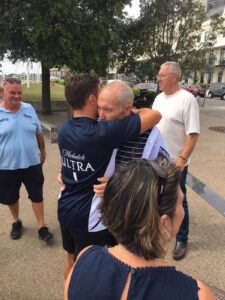