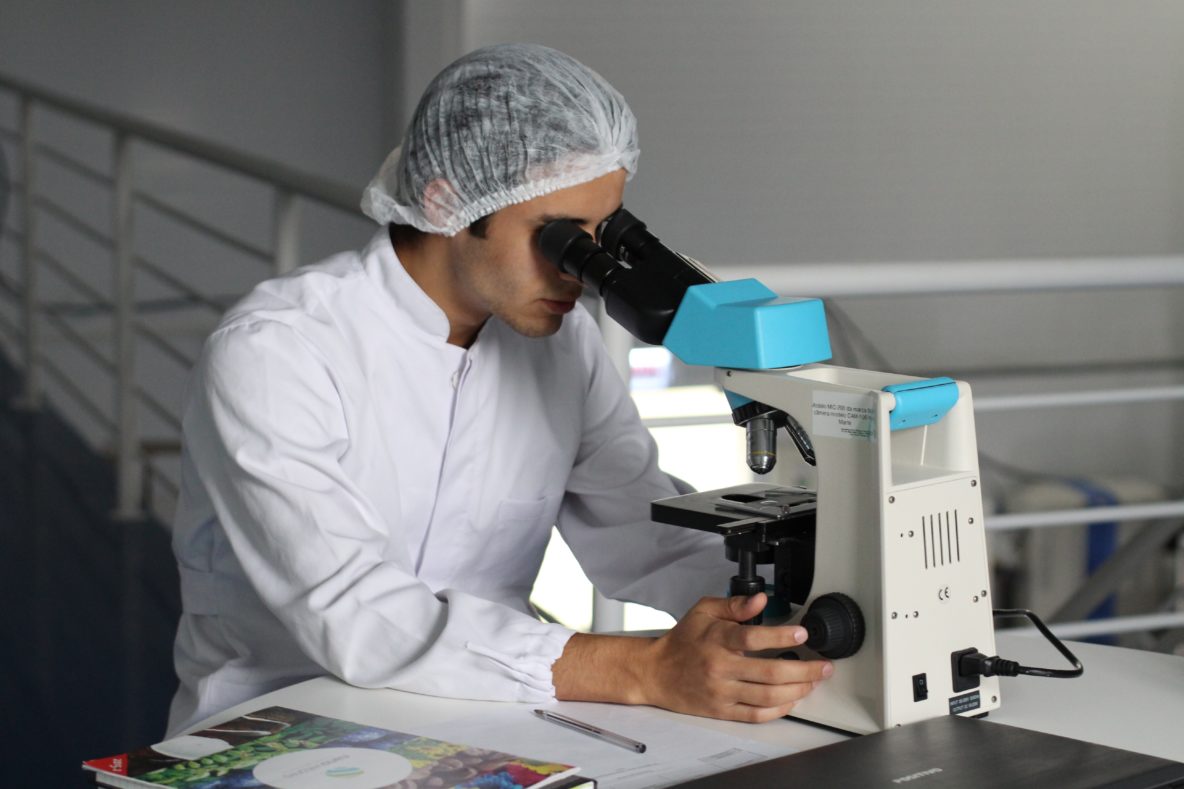 We are delighted to be funding these four important projects, as part of our 2022 grant round.

Dementia with Lewy bodies (DLB) is a common cause of dementia in older people, accounting for over 100,000 cases in the UK. A major challenge in designing clinical trials for DLB is the lack of sensitive methods that can be widely applied to support early diagnosis, measure disease progression and evaluate the effectiveness of treatments.

In this study we aim to apply a new, non-invasive brain imaging technique called “Neuromelanin Magnetic Resonance Imaging” (NM-MRI), which will measure the loss of certain cells (which contain a substance called neuromelanin which can be imaged) in areas deep in the brain called the substantia nigra and locus coeruleus. Both of these brain areas are known to be affected in DLB.

We will test the hypothesis that NM-MRI can capture early changes in these brain regions in people with DLB. If this is so, NM-MRI would be a highly promising tool for use in DLB to support early diagnosis and help with better monitoring of disease progression and treatment outcomes. Recent studies in people with Parkinson’s disease (PD) have demonstrated that NM-MRI signal is linked to another brain imaging change, that of loss of the dopamine system using a radioactivity-based form of brain imaging 123I-FP-CIT SPECT (a robust but costly marker of dopamine functioning), as well as disease duration and severity of motor symptoms and cognitive functioning. However, no study to date has studied NM-MRI in DLB. As such, the clinical application of NM-MRI in DLB remains unknown.

To address these questions, the core aims of this project are: To compare NM-MRI signal between 25 people with DLB and 25 healthy controls, and to investigate whether NM-MRI signals are related to cognitive and motor symptoms and disease duration in DLB and by following people longitudinally to see whether NM-MRI is associated with disease progression

Dementia with Lewy bodies (DLB) affects one hundred thousand people in the UK. The causes of DLB are not completely understood but it is expected that the immune system plays an important role, as it does with Alzheimer’s disease (AD).

In AD, activation of the immune system is thought to happen years before the symptoms of dementia occur. This immune activation increases the risk of developing AD in later life. Also, events that activate the immune system in the blood, such as urine infections, are known to cause worsening of memory symptoms in people who already have AD. We do not yet know if the same is true in DLB. We are interested in how the immune system in DLB affects how the disease progresses. We will explore this by recruiting 80 people with DLB and 40 older people without dementia into a research study. We will examine the blood of volunteers for changes to their immune system once every year for three years. We will also test their memory and record whether they experience any events that could activate their immune system, such as infections.

This study will improve our understanding of the causes of DLB, particularly the role that the immune system plays in the speed that dementia symptoms worsen. We hope to identify immune markers that predict the speed of progression of DLB. This would benefit patients and carers by enabling doctors to provide a clearer idea of how their dementia will progress, allowing them to better prepare for the future. Identifying how the immune system changes in DLB could also help the development of new treatments that could dampen parts of the immune system that we show to be most harmful in DLB.

Lewy body disease (LBD) is caused by abnormal clumps of protein developing in the brain. It is thought that clumps first develop in ‘peripheral’ areas – places outside the brain, like skin or bowel – before spreading upwards into the brain. Although it has not been possible to confirm this, it is important to do so, as understanding how LBD develops is important in detecting and treating it.

Creating a study capable of investigating this spread would be very expensive and would take over ten years. A way of avoiding this might be to combine samples stored in archives (called biobanks) with healthcare records of the patients from whom samples were taken. Before investing time and money into analysing the samples, it is important to determine if linking these two types of information would work.

We aim to determine whether it is possible to combine information from biobanks with information from electronic healthcare records. We think that our results will show that a larger study, in which samples are analysed in detail, would be worthwhile in understanding how LBD develops. We suspect that some people with LBD may have had samples stored over ten years before their diagnosis – and this could be important in establishing how long protein clumps take to spread from the body to the brain. We will link each sample from the biobank with both the prescription records, and the electronic healthcare records, of the people from whom the sample was taken. We expect that combining of these types of information will create an important grouping of people whose samples we should investigate in much greater detail. Doing so could help us understand how LBD develops and allow us to find new ways to detect and treat the disease.

Brain cells connect to each other extensively, forming complex networks and these networks are thought to be core to how our brains work and how we think and act.

In Lewy body dementia (LBD), the way brain cells talk to each other and how they form networks with one another is disrupted. Research has suggested that these disconnections could then lead to key symptoms such as hallucinations and fluctuating levels of confusion.

It has also been suggested that some brain cells in LBD are overactive whereas others which help suppress over-activity may not work. This may lead to so-called hyperexcitability, a state that might be toxic for the brain and which, in addition, to the network disconnection problems, could contribute to symptoms like visual hallucinations in LBD.

We have collected large amounts of detailed electroencephalographic data (recordings of the tiny electrical signals made by the brain) and magnetic resonance imaging data (scans which allow us to look at the structure and function of the brain) from people with LBD both at the very early disease stage through to those with more obvious thinking problems and dementia. Using these rich datasets, we want to apply advanced computer-based analytic approaches to investigate if the brains of people with LBD are more excitable and whether their brain networks are more disconnected and relate these changes to the symptoms they experience.

This will help us understand more about the causes of LBD, develop new ways in which to diagnose and monitor the condition, as well as potentially providing new treatment avenues. For example, if we find that there is increased brain excitability in LBD, reducing this activity with, for example, medications or brain stimulation techniques, might be a highly novel way of helping people with LBD.