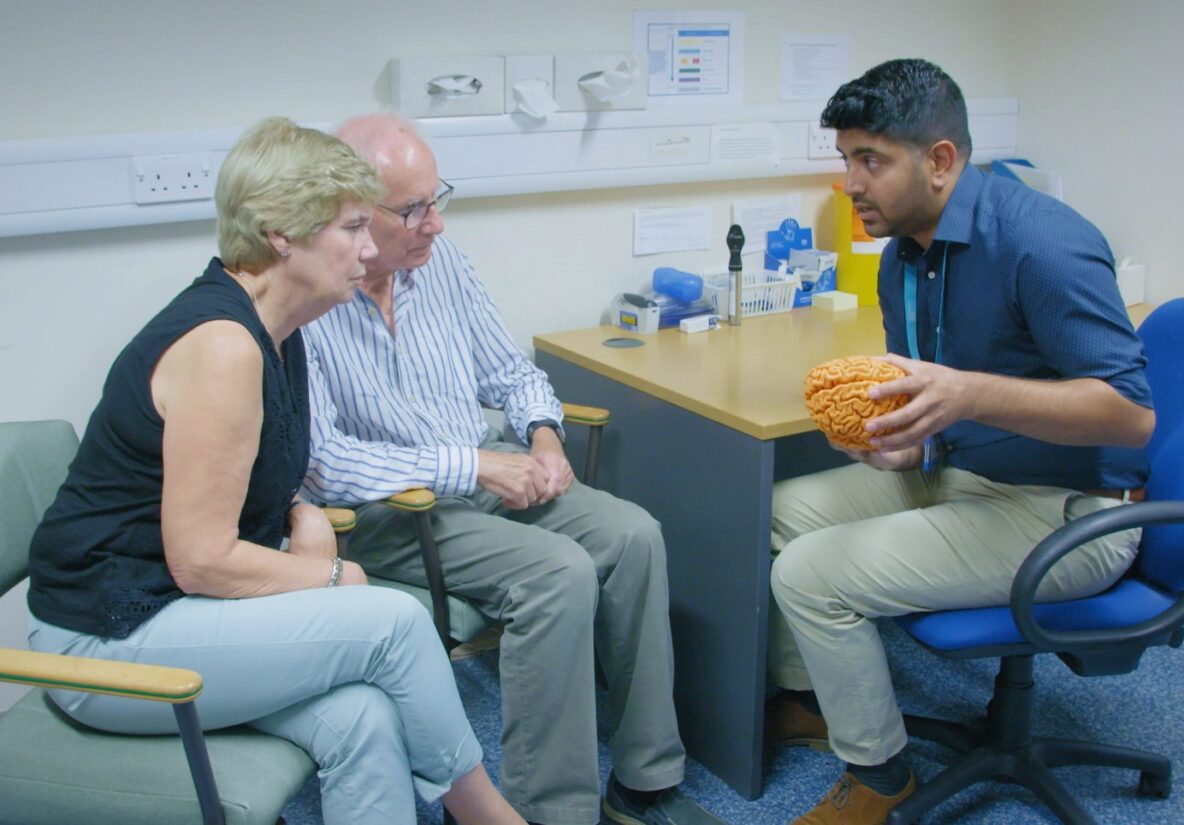 Associate Professor Jay Amin spoke about his research on a Zoom webinar on Tuesday 1st December. The recording of the event is available on our YouTube channel here.

Two newly published research studies, led by Dr Jay Amin from the University of Southampton and supported by the Lewy Body Society and Alzheimer’s Research UK, have offered fresh evidence on what happens to the immune system when a person is living with Lewy body dementia.

In two peer-reviewed papers published in the Journal of Neurology, Neurosurgery & Psychiatry and Translational Psychiatry, researchers looked for the presence of an activated immune system (‘inflammation’) in the brain and blood. One study looked at brain cells using brains donated by people who had lived with Lewy body dementia. The other study used blood samples donated by people living with Lewy body dementia and compared them with people living with Alzheimer’s disease and a control group with neither disease.

The ability to identify Lewy body dementia at an early stage is important for ensuring that people living with the disease and their families/carers can access the right support.  This research also opens the door to possible new treatments for Lewy body dementia that target the immune system early on, although more research is required before this could be tested in a clinical trial.

Dr Jay Amin, Associate Professor in Psychiatry of Older Age at the University of Southampton, said:

“I want to say a huge thank you to all of the volunteers who took part in this study, and to those families whose loved ones donated their brains for medical research, as well as to the Lewy Body Society and Alzheimer’s Research UK. The reason that we are involved in research is for it to have real-life application and to make a difference to people living with dementia. I hope that this research will provide a new path forward to developing a new biomarker to help earlier diagnosis for Lewy body dementia and justify further work to see if we can target the immune system in early dementia to slow the disease.

“We would like to congratulate the team involved in this research as it has helped to advance our collective knowledge about Lewy body dementia, and how we might diagnose and treat it in future.  This was one of the first studies supported by the Lewy Body Society and we have since allocated over £1.7m to UK researchers, all funded through the donations of our supporters and self-generated income. We will soon be announcing our latest grant recipients and are grateful for the continued support of our dedicated fundraisers who make it possible.”

“Dementia with Lewy bodies is the third most common form of dementia. With no drug available to stop the progression of the disease, it is urgent we investigate all avenues for potential treatments. Supporting scientists like Dr Amin to shine a light on the important role the immune system plays in disease is a key area of focus for Alzheimer’s Research UK. With the charity facing a likely 45% drop in income due to the pandemic, we’re hugely grateful to our fantastic supporters for making research possible. People with dementia are disproportionately affected by COVID-19, making it all the more vital to continue backing research that can breakthroughs for dementia and prevent further devastation.”

You can watch Dr Amin speaking previously about his work here.

The citations for the papers and links to read them are: